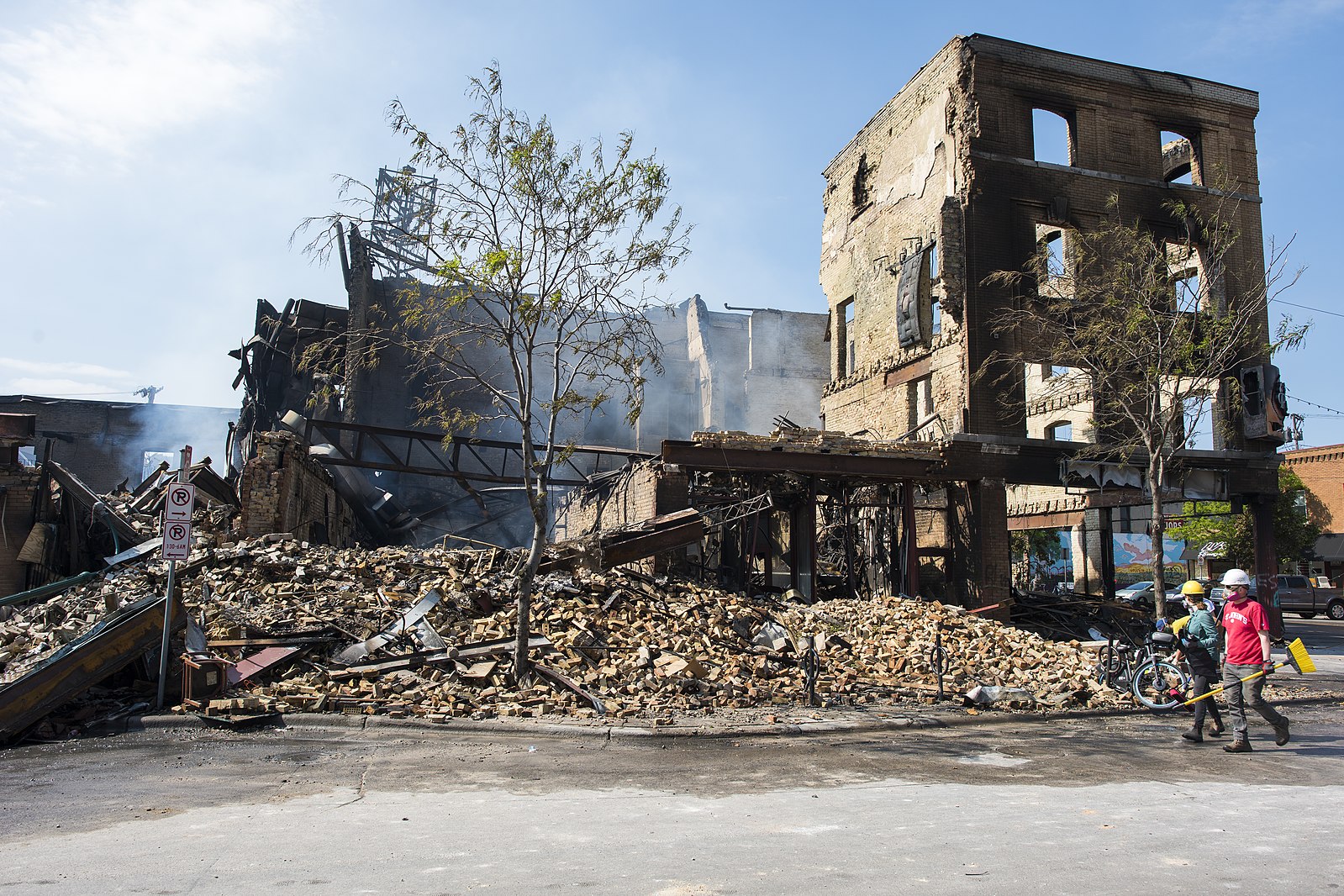 Fibonacci Blue from Minnesota, USA via Wikimedia Commons
| AAN Staff | Videos | 13043 | 19
Amanda Head’s Election Projection
Should You Be Arrested for Not Wearing a Mask?

Crowd Erupts When Trump Honors…
Kamala Harris’ Most Disrespectful Moments
Reporting From Tonight’s Trump Rally
The Latest Updates in the…
How the Latest Supreme Court…
Amanda Head: Unmasking the Enthusiasm…
The More Worthy Boycott Than…
What You Need To Know…
Trump’s Greatest Town Hall Moments
Everything You Missed at Biden’s…
Subscribe
Login
19 Comments
Oldest
Newest Most Voted
Inline Feedbacks
View all comments

Enemy from within – We have sunken into a society of Envy, Hate, and constant Resistance at any cost – even the deliberate destruction of the economy fueled by the Mainstream Media.

Social Media Mob is the new tool of Extortion
·      Companies are afraid for their reputation, so they give millions of dollars to the cause without knowing where the money goes
·      Individuals for their safety and jobs
·      Feel-Good Limousine Liberals (Hollywood and Media) want to demonstrate that they ‘understand’ and ‘care’, until the Mob shows up in their neighborhood

If it is not too late – It is a high time for adult and fact-based news reporting, as well as civil conversation on Social Medial, if we want to preserve the foundation of this country (USA – the best in the world) was built on.

Let’s remember that any time we judge the past based on today’s (real or manufactured) standards, all of us will fail every time.

This country is lost if we don’t do four things.
First: Get rid of the Federal Department of Un-Education. I have talked to several managers of stores that offer entry level jobs such as Subway, Ingles, and Burger King. They tell me the same thing. These young high school GRADUATES (?) can’t read, write, do simple math, or think. Our schools under the feds guidelines are a total failure. They have no idea how or why this country was set up the way it was under our founding fathers. We are NOT a Democracy, but rather a Constitutional Republic. When I graduated from high school I had a year of Latin, two years of Spanish, algebra, advanced algebra, geometry, trigonometry, physics, American History, and world history, as well as civics. What do we have now? These kids can’t even read or write cursive because it is not being taught. Our public government school system is a TOTAL failure.
Second: Institute term limits on politicians. Some have been in office 30 years or more. This is NOT what our founders intended.
Third: Get rid of Aid to Families with Dependent Children. I firmly believe the Feds all but destroyed the black family. When you tell them that we will give you money (other people’s money) for each child you have, it is essentially a payment to have kids. When the Feds put a stipulation on receiving the payment, that a man cannot live in the house if you want the money, it became an inducement for them to have children out of wedlock. With no father in the house, there was a faulty family structure, with young black males looking to the gang leader as a father figure. These liberal socialist schemes always backfire, although I am not sure it was not done on purpose. They create the illusion of helping, but in the end it has the opposite effect. When you are given everything without having to work for it, you lose your self-esteem.
Fourth: Get rid of the NATIONAL DEBT! Are there no more fiscal conservatives? This country cannot survive a spend, spend, spend mentality. One day our debt WILL come crashing down upon us! Now government has given (who’s money?) $1,000 to $2,000, to practically everyone in the USA. Can’t these idiots understand that we are bankrupt?
I saved the most important one for the end.
Fifth: This country needs to get right with God! We were conceived as a Biblical nation and were warned by the founders that if we abandoned our Godly principles we would perish.

I have been writing letters to our editor local newspaper for years on the above subject for years…since 1993 this education system is terrible..will not vote for a school levy ….EVER

From a human point of view, you are right. But it won’t work.
One thing that is left will work. II Chronicles 7:14

Arm yourself. And catty plenty of ammo. You can never have enough ammo.

I’m damn glad that I’m no where near the protests/riots. The average person is getting damn sick and tired of this and I expect a major backlash any day now.