Governor Proposes Harsh Penalties for Violent Protesters and Their Enablers 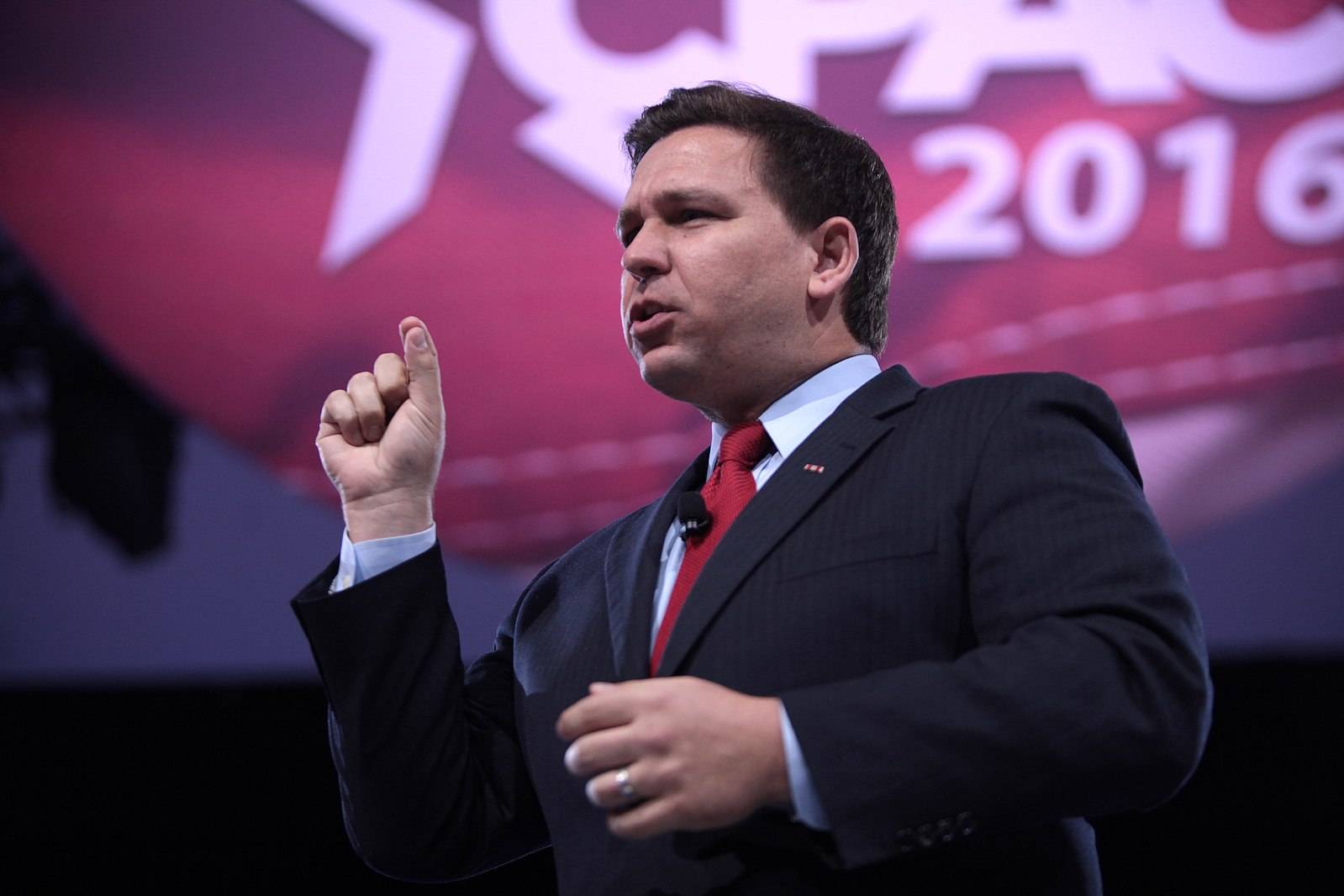 Gov. Ron DeSantis (R-FL) is eager to intensify his crackdown on anarchist rioters and jurisdictions that enable their illegal behavior in the Sunshine State.

Besides creating new felonies to deal with violent protesters, DeSantis is also keen on establishing new, harsh penalties for cities that decide to defund or abolish their police departments.

Local Miami news reports that “violent protesters and looters would face new felonies” under the legislation, particularly if they damage property as part of their demonstrations, engage in “disorderly” conduct,” or assault a law enforcement officer.

If caught and convicted, violent protesters could lose their access to state-based welfare programs, DeSantis said.

“DeSantis told reporters during a news briefing at the Polk County Sheriff’s Office the bill would charge protesters with felonies for damaging property and inflicting injuries, as well as sentence them to mandatory jail time for hitting a law enforcement officer,” POLITICO noted Monday. “The bill, which state lawmakers will consider during next year’s legislative session, would also bar protesters who commit crimes from receiving state benefits or working for the state.”

Florida, unlike Washington, Oregon, New York, and Illinois, has not seen overtly violent anti-police and anti-racism protests, though individual protests in places like Tallahassee and Miami have occasionally devolved into violence, per local media. In Miami, Black Lives Matter protesters have pressed for the police to stop using non-lethal methods to control protests that get out of hand.

READ NEXT: These Retired Military Officers Are Standing With Trump to End the Riots >>

It’s about time, and not a second too soon. Now, if only the rest of the country’s brain dead governors would follow suit……..

Gov. De Santiago, thank you for taking a tough stand against criminals, looters, rioters! I hope other governors and mayors will follow your plan.

Yes thank you Gov DeSantis for having the guts and fortitude to do the right thing. These thugs need to be in prison for a very long time. They have no conscience at all, I guess they learned that from Hussein.
@Faye O’Dell Yes. we can dream can’t we? 😉

I LOVE the parts about “No government jobs” and no more WELFARE for those hopped up hooligans and their entourage. “Guilty by association” needs to be applied in every case. If they don’t know what’s going to happen when the sun goes down by now, it’s time they share in the consequences.

This type of action will deter violence – go FLA

N A
Reply to  Rick

Admitted to the NEAREST FEDERAL PRISON for NO less than 365 Years without possibility of PAROLE !

USNvet
Reply to  N A