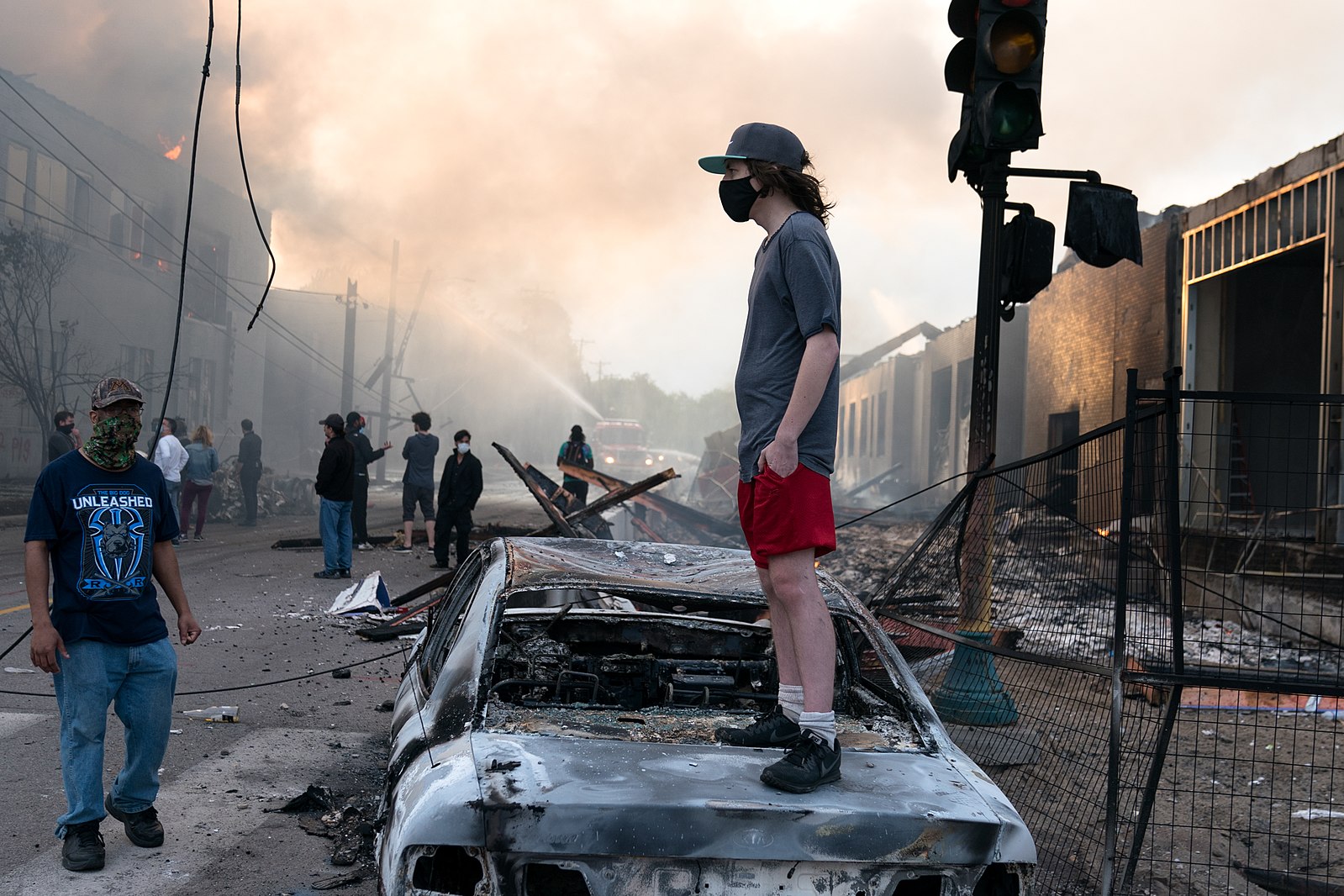 Kyle Rittenhouse, 17, is suspected of shooting three people last night in Kenosha, killing two, and has been charged with first-degree murder.

According to a Lake County, IL, complaint, the shooter was listed as a “Fugitive From Justice” and wanted for “First Degree Intentional Homicide.” The complaint alleged the shooter fled Wisconsin after the shooting “with the intent to avoid prosecution for that offense.”

The alleged shooter is currently in custody and is being held at a juvenile facility in Illinois, according to ABC7.

The Daily Caller’s Richie McGinniss interviewed the suspect just before the incident occurred.

The man, armed with a rifle standing outside a local business, told McGinniss that his “job is to protect this business,” and that “if there’s somebody hurt, I’m running into harms way.”

I interviewed the alleged shooter before the violence started.

Moments later, a man was shot in the head while reportedly looting. Bystanders immediately rendered first aid as best they could. However, he was mortally wounded.

Earlier that night, Rittenhouse was briefly captured on film interacting with police officers, who thanked the armed citizens for their efforts to maintain order. Left-wing Twitter reacted predictably.

“We appreciate you being here.”

The police is working with the shooting militia. We need to abolish the police. They aren’t helping pic.twitter.com/mdgKuOTuUS

Maybe if the police would do their damn job people like this wouldn’t have to intervene! And that fool aimed a pistol at him and he had to defend himself! How much more are they going to allow these devils to attack innocent people before they put a stop to this?!

The article said he fled…but video I saw showed him surrendering so that’s a bit confusing. Also, they need to charge him with something so all of the evidence can be reviewed and Murder One is the most difficult charge to prosecute fully…a lot to consider here. I agree that the Police need to be allowed to do their job, but the local and state governments have hamstrung them to the point they are standing back or even standing down…the mayor’s initial response to the initial incident didn’t help either…

the cops maybe were told to stand down. But doesn’t impact the militias

Police are ordered by leftist leaders to stand down! Shoot these leaders for treason and failure to do their jobs!!

I am in agreement with you

The mob will always be allowed to burn, loot and murder. Yet people protecting their businesses and homes are filed on and convicted. What’s wrong with this country??? Oh, yeah liberal dumb butts

Should the case be prosecuted Jury nullification is the solution.

I know nothing about any of this.
Can I be on the jury?

Don’t need nullification when other relevant defenses are available. I like self defense.

In two words: George Soros. He is throwing $billions into electing these far left mayors and DA’s.

Police are trying but they are being thwarted by local and state leaders!

The DEMOCRAT CITY LEADERS AND GOVERNOR NEED TO ALLOW THE POLICE TO DO THEIR JOBS. ALSO THEY NEED TO PUT AN OPEN SEASON ON BLM AND ANTIFA IF YOU ARE RIOTING YOU ARE SUBJECT TO THE USE OF AND UP TO DEADLY FORCE against you

The police want to do their job. It is the Democrats that are binding their hands. These officers have families and have vest their lives and futures into their jobs. The Dems hold this over them and essentially are forcing them to stand down. Do not put blame where it is not deserved. Look at the Democrats and know the true enemy of my/our country. Prepare for it’s a war they will bring in order to get into complete control. I will not live under communist control or any rule other than our constitution. Decide if your willing to fight for it. Everyone will probably have to make that decision come November other than through a vote!

A. D Roberts
Reply to  Patricia

As long as criminals are the District Attorneys in these large cities, it will continue. Remember the black woman in Baltimore who filed charges against the police when they were just arresting Freddie Grey. And HE KILLED HIMSELF in the paddywagon by throwing himself against the walls. Mosby was the name. And we are getting a lot of BLACK officials who are in positions of control who are nothing but criminals themselves.

Yep, it’s OK if your a liberal to shoot and kill someone but not if your a republican. Vote these stinking evil freaks out of our White house or you will regret it for the rest of your lives. I’m 62 I don’t give a shit, but you young people better stop listening to the tards on the left they are in it to destroy America. That’s is the country your kids kids will inherit so think hard before Nov.

How do we know he was a conservative? It would appear he should be described as nothing more than another “PEACEFUL PROTESTER” against the shooting of a Black Man. After all, isn’t that what all those people have been doing for the past several night “PEACEFULLY PROTESTING?”

You mean months? Hope it was sarc.