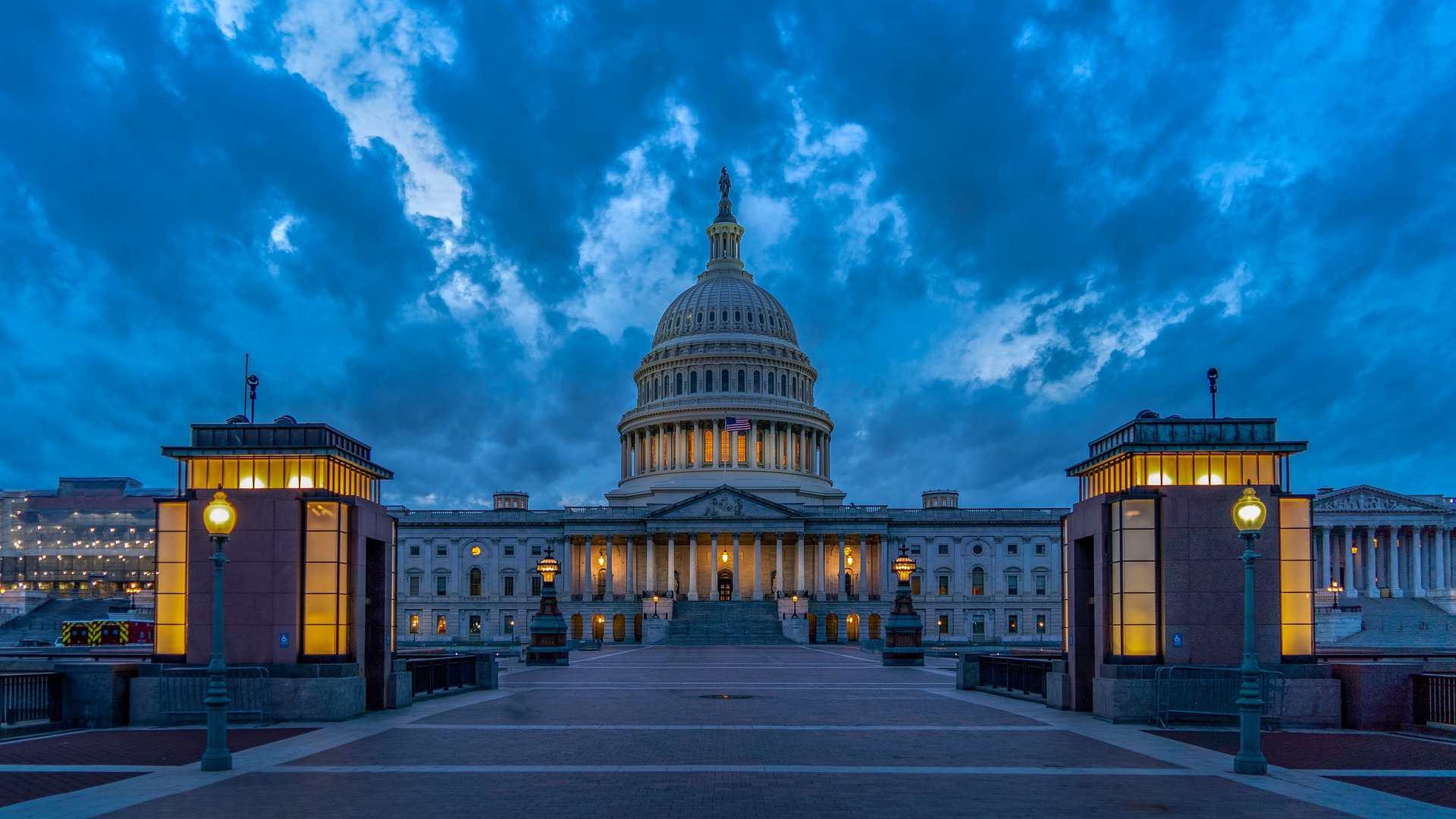 More than a few…

Shortly after the Trump administration announced that Immigration and Customs Enforcement (ICE) would strip international students whose college courses have moved online due to the coronavirus pandemic of their visas, the administration rescinded its order.

ICE initially announced a reprieve to student visa holders in March — before reversing itself last week and then reverting to its original position, amid growing criticism and a lawsuit filed by 17 states and the District of Columbia.

Typically student visa holders are required to attend in-person classes to remain in this country.

Here are the 15 House Republicans that joined the left fighting to reopen the loophole that gives online-only international students the ability to keep their visas.

Rep. Davis’ Liberty Score per Conservative Review is 35%, also referred to as an F. In the past year, he’s voted for the small-business-killing coronavirus relief package, a half-trillion-dollar Christmas minibus goody bag, and the suspension of the debt ceiling.

Rep. Fitzpatrick receives an F grade from Conservative Review, with a 23% conservative voting record. Since arriving in Washington in 2017, he’s voted for massive spending bills that fund liberal priorities yet don’t include funding for border security as well as universal background checks for gun purchases.

Conservative Review gives Rep. Woodall a 44% rating, another F equivalent. In his nine years in office, Woodall has kept runaway spending on autopilot, given up on securing our southern border, and supported Obama’s trade policies.

Rep. Curtis has a (marginally) better rating from Conservative Review than his previous peers. With a 64% conservative voting record, equal to a D on a report card, he’s voted to erode safeguards against wireless surveillance and reduced fiscal accountability in a Congress with an insatiable appetite for spending taxpayers’ money.

Curtis has been in office since 2017.

Long Island Rep. Peter King is retiring at the end of his current term. Given his 24% conservative voting rating per Conservative Review, millions of right-leaning voters will inevitably think that’s a good thing.

Conservative Review’s Liberty Score gives Rep. Olson an F rating with a 53% conservative voting record. Though the Houston-area Republican has opposed the biggest spending bills during his tenure in Congress, he has voted for lesser ones that quietly implement key elements of the progressive agenda.

Based on 50 of his most recent votes tabulated by Conservative Review, Rep. Reed has a 41% conservative track record, including a vote prohibiting discussion on the House floor on whether or not the United States should get intertwined in another foreign war, this time in Yemen.

Although Stefanik has seen her star rise as an articulate defender of the president during the ridiculous impeachment charges, her overall voting record — including her opposition to the Trump tax cuts — leaves some conservative activists wanting more.

The Harvard grad has represented Upstate New York since 2015.

Cole began serving the people of South Central Oklahoma in 2003. Although he represents one of the nation’s most conservative congressional districts, President Trump received 66% of the vote here in 2016, Cole himself has an F rating from Conservative Review.

For more than 30 years, moderate Republican Congressman Fred Upton has represented Southwestern Michigan. While Conservative Review doesn’t expect any legislator to be perfect with their voting record, Upton’s 26% conservative rating ranks among their lowest.

Rep. Stivers has been in D.C. for nine years and, many would say, seems mired in the swamp. During that time, the national debt has ballooned from $14.8 trillion to $26.5 trillion.

Rep. Joyce is a member of the Republican Main Street Partnership, which argues for centrist GOP solutions to the problems facing America. The organization has faced claims that it’s funded in part by George Soros-affiliated groups.

Rep. Kinzinger has often spoken out against President Trump’s rhetoric, though less are familiar with his opposition to the conservative agenda at large. With a 33% Liberty Score rating, employees at Conservative Review won’t forget Kinzinger’s votes for trillion-dollar omnibus bills that prioritized the Obama agenda anytime soon.

Kinzinger came to Washington as part of the 2010 Republican sweep.

Conservative Review has an accurate picture of Frank Lucas’ positions after 26 years in the House of Representatives. Based on his voting record, CR gives him a 34% or F rating.

Given his long electoral history representing Oklahoma’s 3rd congressional district, it seems all but certain that his constituents will keep voting him in.

Bacon, a retired Air Force general, has represented Omaha since 2017.

While his service to his country should not be marginalized, Conservative Review is less than impressed with his conservative bona fides, which, they persuasively argue, he has failed to establish.

After three years in D.C., Bacon has amassed a 44% conservative voting record.

What Do You Think as Federal Executions Rev Up?
The Democrat Party Spent a Fortune to Defeat These Black Candidates

Let’s be clear here, they are NOT Republicans but rather liberals running a Republicans only because their district if Republican. I would not be surprise if Democrat’s supported them with donations and praise.

WE ALL KNOW ROMNEY, IS AGAINST ‘ANY-THING” TRUMP DOES, & ANOTHER HANDFUL OF TURNCOAT REPUBLICANS, THAT MAY VERY WELL LOSE THE NEXT ELECTION!

IF THEY OPPOSE TRUMP….{ DUMP THEM}!

A. D Roberts
Reply to  JohnS

More important is why they would do this. Any ideas. I am sure that a good news reporter could easily ask them. Surely it is not for the votes. My guess is THEY BELONG TO THE ELITE ONE WORLD ORDER.

RINO is the proper term.

I think 2020 should be the year of the “Purge of rhinos and dems need fresh ideas not ideas from the 50’s and liberal ideas like new green deal that was tried in Texas and people energy bills sky rocketed now the city has to go back to traditional forms of energy but guess who pays for it ? Tax payers ! So Purge 2020 red tidal wave Trump 2020!!!!!!

DRAIN THE SWAMP……ON BOTH SIDES!

AMERICA, NEEDS PATRIOTISM, INTEGRITY, & HONOR…..TRUMP HAS DISPLAYED ALL THAT & MORE!

Clean up the Republican Party. We want real Republicans not dem plants.