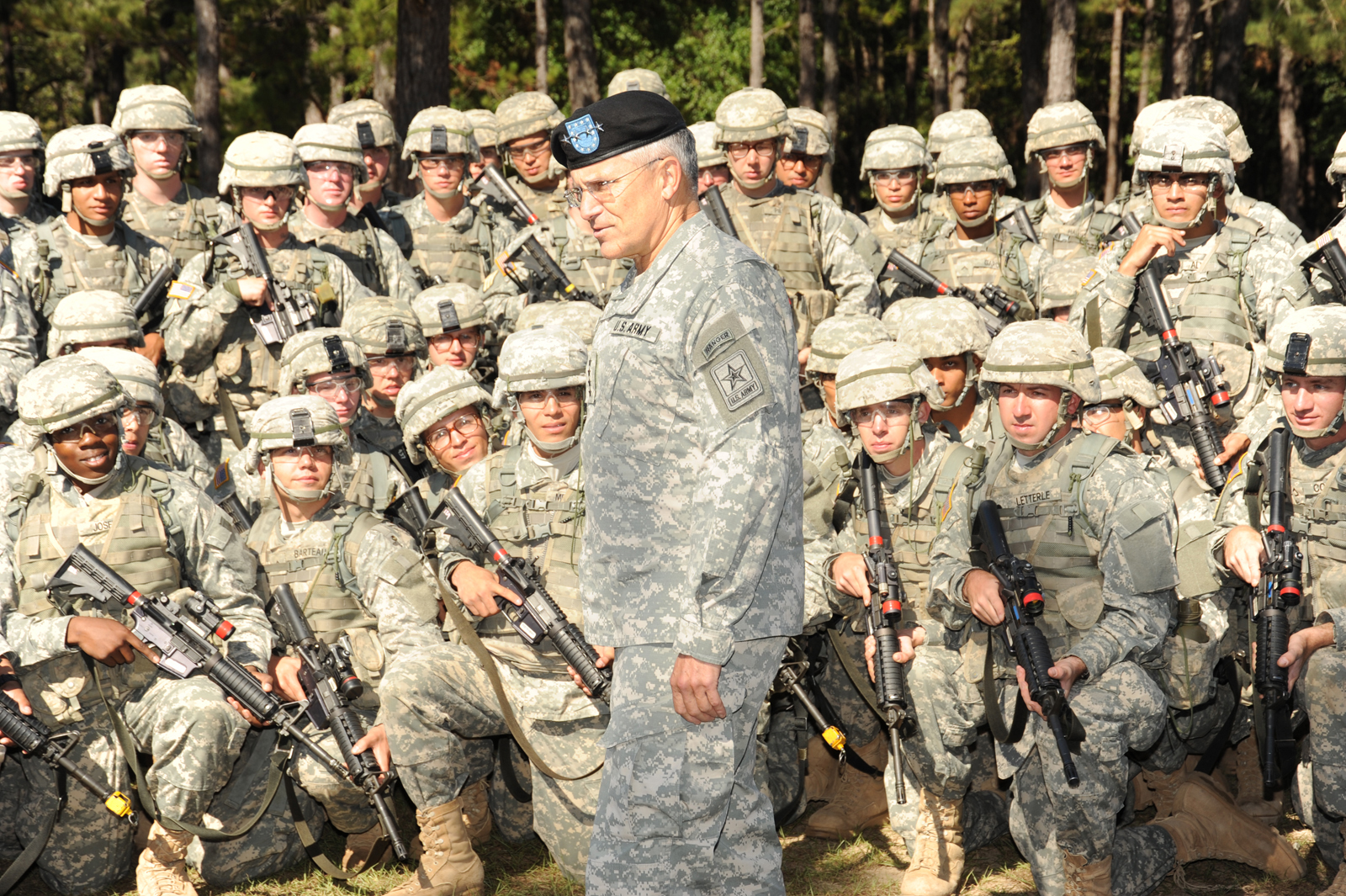 A voice vote passed Warren’s amendment in a closed-door meeting on the National Defense Authorization Act (NDAA). The proposal gives the Armed Forces three years to purge the names of Confederate leaders from its assets.

The vote comes as President Donald Trump stated Wednesday that his administration “will not even consider” renaming 10 American military bases named after Confederate generals.

“It has been suggested that we should rename as many as 10 of our Legendary Military Bases, such as Fort Bragg in North Carolina, Fort Hood in Texas, Fort Benning in Georgia, etc. These Monumental and very Powerful Bases have become part of a Great American Heritage, and a history of Winning, Victory, and Freedom,” Trump tweeted.

“The United States of America trained and deployed our HEROES on these Hallowed Grounds, and won two World Wars. Therefore, my Administration will not even consider the renaming of these Magnificent and Fabled Military Installations,” Trump continued. “Our history as the Greatest Nation in the World will not be tampered with. Respect our Military!”

Trump’s comments were a response to Defense Secretary Mark Esper saying they were willing to rename bases named after Confederate leaders.

I opposed this amendment, spoke against it, and voted no in the committee. Congress should not be mandating renaming of our bases and military installations https://t.co/uOYvCT8U2O

The Confederate States of America warred against the United States during the Civil War, making them traitors. Is that history enough to warrant renaming hallowed military installations, or is the renaming debate an example of political correctness run amok? Should this even be an issue? Share your thoughts with us in the comments section below!

My last month’s online earning was $17930 just by doing an easy job online. Easiest home based online job to earn extra dollars every month just by doing work for maximum 2 to 3 hrs a day. I have joined this job about 3 months ago and  in my first month i have made $12k+ easily without any special online experience. Everybody on this earth can get this job today and start making cash online by just follow details on this website………
HERE══════►►►More Jobs

Voting isn’t gonna work anymore. The long stout rope and the smoking rifle are the only things that *are* gonna do it. You know it, I know it, and so does everyone else but they’re afraid to say it.
We’re so far beyond voting making any difference that it’s laughable.

F9: So what’s wrong with thousands of dead people voting or demorats?

Amen! I have always said that republicans have NO BRASS. They need to grow a pair & learn to be fighters. Republicans have always been part of the problem. I left the party long ago, I now consider myself a CONSERVATIVE. I love my God, my family & my country. Let us PRAY that God does not give us what we deserve. Thank you God for President Trump, truly an amazing person & President.

Well the United 13 Colonies were “traitors” to their own government, Great Britain, so that makes us all “traitors”. This country was born from secession, and secession was supposed to be a right of the states, until the history erasers got ahold of it soon after and compelled all states into submission under Hamilton’s vision, at the expense of Jefferson’s hopes for our expanding country. The “revolution” of 1776 was not a “revolution” as we now call it, but a secession.
A ‘revolution’ does not leave it’s enemy or previous government standing and intact, but overthrows and REPLACES it. This was NOT the case with the colonies secession from Britain. They LEFT their government, and left it intact and functional for anyone who still wanted it, and went their own way, forming a new country. This is the definition of SECESSION, and was what the South was attempting, slavery or no slavery.

We are ALL children / beneficiaries of secession, like it or not.

This is a scam, why these forums allow this crap is beyond me. It is the same flawed logic that allows these people to attempt (and on many fronts are succeeding) to re-name the bases. Next, lets rename all the Navy and Coast Guard ships, cup cake, lollipop, cotton candy, black lives matter, antifa, chairman mao, lenin, josef stalin, etc. Seems appropriate to me. We are giving up our history, leftist socialists are trying to erase it all. This WILL happen, if we do not stop it.

Hi, No this is true.

I agree. Once history is taken down, so is the culture and this Nation is lost to Socialist/Communists who are behind all of these stupid ideas in order to establish the New World Order of Globalist Government and subjducation of the American People and their way of life and their FREEDOM. This must be stopped. Vote in person (Not By Mail) and be sure to VOTE any Party except Democrat.

It’s all in the Communist playbook: erase all history so the succeeding generations know nothing of their past – and then they can get away with enslaving an entire population. Rewriting our history has already taken place by most of the “institutes of learning.” Away, America, the enemy is not at the gate: he’s already in.

Frank: You left of tinkerbell.

I am making a suitable salary from home $8k-$10k/week , which is great, underneath a 12 months ago I was jobless in a terrible economy. I thank God each day I turned into blessed with these -instructions and now it is my obligation to pay it forward and proportion it with anybody………..Read More USA Jobs

Whether the Black Lives Matter terrorists want to acknowledge it, there has been slavery in all ages, but no freed slave ever reacted in the disgraceful way blacks in America are behaving. They still hold a minor % of all Americans — what makes them think they are the only ones who should matter. ALL LIVES MATTER and they have certainly taken their fair share of lives since they were emancipated. Many blacks in America today weren’t in America and have no ancestors that were part of slavery. They are just a militant race who want to cause trouble and destroy our civilization. Confederate generals fought for their beliefs, but lost and that was punishment enough. There is no reason to destroy their memories because radical blacks want to take down our society. Those same generals did a great amount of good in their day and their memories should be acknowledged. The black people today need to let the past go. Slavery ended hundreds of year ago and the black race has profited from American taxpayers more than any other race that have come to America. They had more free opportunities for school, food, health and more over the years and chose to live in slums and poverty trying by every illegal means available to make a quick buck instead of getting educated and enjoy the pride of self support.

Slavery ended here hundreds of years ago but still goes on in the world. Today there are more slaves in the world than there has ever been. Where is their outcry to stop the modern day slavery?

This is just more examples of the run amok insanity of PC candy asses who pander to every whim of the latest democrat BS.

These people need to stop giving into these disgusting criminals. Enough of this crap already if you can never stand up to stupidity then you’re not qualified to hold any office.

The only way to stop this madness is with people rising and taking up arms while we still have them. Unfortunately, it appears evil understands nothing else. I don’t want it to happen but what else is there?

#civilracewarII the last one took place in 1968.

Agreed, this is a stupid move by the Senate. There is no justification, you cannot change history. Statues of military hero’s are honor to the brave men who fought and died for their beliefs. Although slavery was at the center of nearly all decisions, the politicians of the South approved secession based on “State’s Rights.” These military leaders were defending the political leaders of the South and the right of the states to defend themselves.
Clearly the political leaders can be rightly accused of being racist, but the fighting men were soldiers, honorable men, and fought bravely for their states.
All states today agree on “State’s Rights” and defend their position politically. Therefore, people need to understand the basis for the War Hero’s of the Confederacy. People cannot change history by tearing down statues, changing the names of streets, changing the names of buildings, or re-naming military installations.