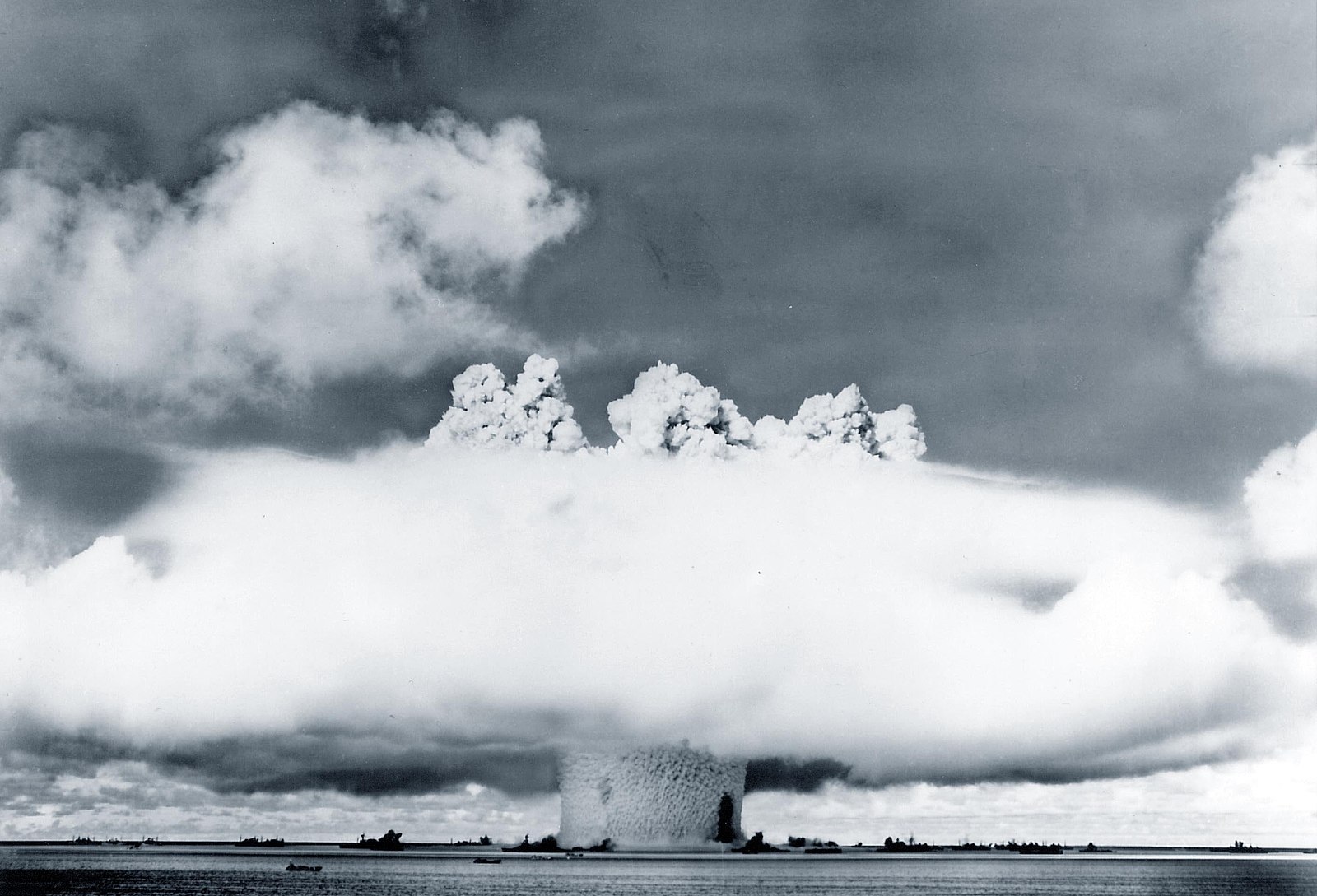 In a message to America’s enemies, last week the Pentagon completed a nuclear war game simulating a limited nuclear strike by Russia on a NATO target in Europe – and included a simulated limited US tactical nuclear response, reported National Defense Magazine.

In an unusual move, US Defense Secretary Esper participated in this “mini-exercise” at US Strategic Command in Nebraska, playing himself.

The Russians predictably cried wolf over the wargame, but Russia under Putin has been rapidly modernizing and expanding its nuclear capabilities to include hypersonic glide vehicles, a new nuclear torpedo, and a nuclear-powered cruise missile.

Most concerning to US defense experts though has been Russia’s focus on deploying large numbers and types of low yield tactical nuclear weapons. Until recently a scenario involving Russian forces using such a tactical nuclear weapon during a conflict in Europe would force the US to either respond with a massively disproportionate strategic nuclear strike or do nothing at all.

“They have about 2,000 of those, and it’s not just the numbers it’s the different types, they have ground, air and sea-launched, most of their tactical systems or conventional systems are dual-capable, so they have depth charges, they’re nuclear and they’re conventional, they have torpedoes that they fire from surface ships as well as subs, nuclear, conventional, their surface to air missiles–they have nuclear warheads for those…” a senior Defense Department official was quoted by CNN.

As noted by The Guardian, the exercise comes just weeks after the US deployed its first new US nuclear weapon in decades – a new low-yield submarine-launched ballistic missile warhead known as the W76-II. This new warhead was commissioned by President Trump as a counter to all these Russian tactical weapons.

While some decried the new US nuclear warhead and exercise as “dangerous,” a senior US defense official was quoted by CNN as saying, “It’s a very reasonable response to what we saw was a Russian nuclear doctrine and nuclear capability that suggested to us that they might use nuclear weapons in a limited way.”

Pentagon officials also believe these weapons are necessary due to the growing arsenals of China and North Korea, with the senior Defense Department official saying that “China is already in the process of expanding the size of its arsenal, they are going to double their nuclear stockpile by the end of this decade.” He added, “North Korea, they are increasing the size of their nuclear stockpile.”

One nuclear analyst told The Guardian that it was extremely rare for the Pentagon to give such detailed briefings about nuclear exercises and suggested it could have been a “marketing” exercise for the new weapons being added to the US arsenal. This new US low-yield warhead was just deployed, and the Pentagon now needs to justify the next type – a low-yield sea-launched cruise missile – to Congress.

ANY real use of NUCLEAR armenites of the many types are a WORLD killer, because they make our world unfit to a world that can NOT be lived in be lived in, because of the fallout and contamination of ALL places of the world so polluted that NOBODY will be able to live anywhere in this polluted world because somebody started fireing those nuclear misscles all over the world

don’t worry Donald. If we don’t do something now you and I won’t have to worry about anything because we won’t be here Stand up and be counted or bend over and put your head between your legs AND KISS YOU ASS GOODBYE

They should not do an exercise like this with a nuclear weapon. Trump may not know science. You don’t threaten with nuclear weapons. That may cause all to die on this earth. Yes..there is fall out of radiation which circles the earth. You see what happened in the Pacific ocean…food chains were hurt. The ocean life is dying. You don’t play with these weapons. We all lose if you use them or threaten with them.

As an ex-military guy, who realizes that destruction is assured when nuclear weapons are used, the THREAT of using those weapons, the surgical ones: neutron bombs, for example, assures the enemy that both sides will lose. Unless only one side has that bomb. The US have many of those. I love the training for “in case of” and the building of the response. Yes, it is scary. Yes, it is dangerous. Yes, the tree-huggers will spew their venom. But, as usual, the left calls the cops when the thieves or the killers attack them. Same for the military. ( not the same for Border Patrol and the left). So, allow the games to play, and allow the Chiefs to get ready.